This is a space for the audience of The Contagion Cabaret to share creative responses to lockdown, social isolation and pandemic.

An initial competition was held for students of Oxford Spires Academy to share their responses to The Contagion Cabaret. The winners of the first round are featured below.

My painting was partly influenced by the contagion cabaret. It is partly focused on what Dr Emilie Taylor-Pirie talked about, fake news and how we respond to it. I have included something in the painting which represents the fact that humans are not viruses and that it’s important to know how you respond to a pandemic, or a time where everyone is nervous and dealing with a lot, due to the virus. Through the painting I want to show how some people blame each other, just like it was shown in the contagion cabaret, how countries blamed each other for the disease. An example of this was when Trump called the virus “ the Chinese virus” and said that it’s not racist to say that because the virus came from China. But I think that it’s an awful way of handling things, people should think about how they make other people feel. I think my painting is a representation of how quick people are to judge and also shows how much the NHS and doctors and scientists around the world are contributing to put an end to this virus and trying so hard to save lives. Also it’s to show the anger of many people for the racism and bad handling of the pandemic. Through my painting I wanted to show that nature is also starting to breath again. 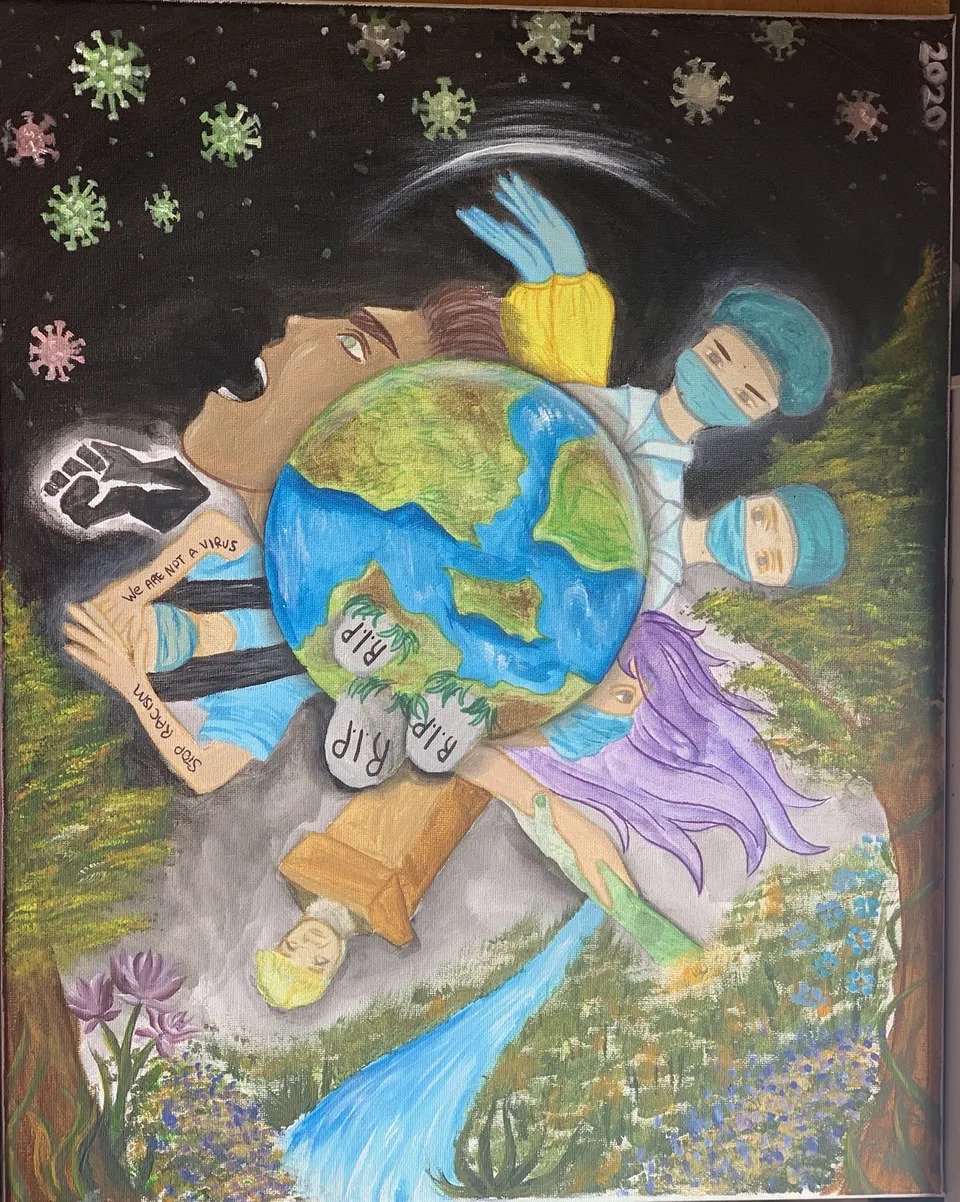 I was inspired by what Professor John Frater said 'As well as the cough and the fever, other symptoms of the pandemic include anxiety and uncertainty'. This reminded me of a spoken word poet and activist Kate Tempest's song 'Holy Elixir', specifically the line 'your loneliness is the symptom not the sickness'. Relating this to covid, I think the line is saying the isolation and loneliness we felt in lockdown is only a side effect of covid and will dissolve when the pandemic is eradicated. It gives us hope that things will get better and the community can only get stronger from here. So, I painted this message, each letter resembling the Earth in the great expanse of space to remind us that the whole world is fighting the virus and to some extent, we all share this loneliness. 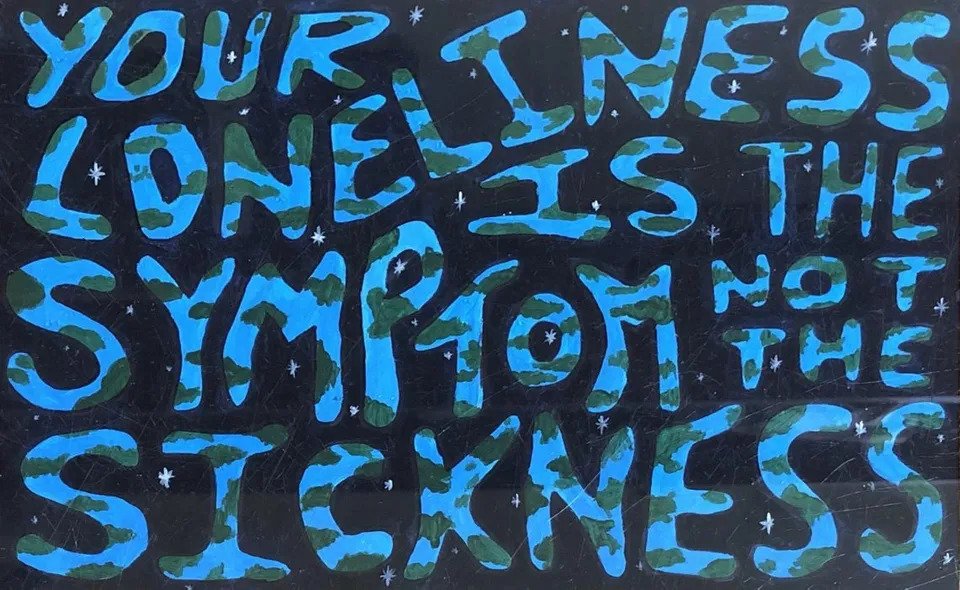 This acrylic painting I did reflects the strangely empty mood I felt in Oxford during quarantine. The idea everything feels different without the usual hustle and bustle and the crowded streets. During a walk through town I noticed the beauty of the architecture more than I ever normally would. The ideas in the contagion cabaret surrounding loneliness inspired this piece but also the idea that we now notice the small things in life more, and have time to breath.